Transgender children “not confused” about their gender 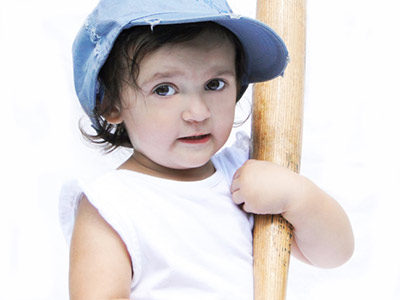 In a ground-breaking study, researchers have found that transgender children are not confused or unsure about their gender identity, as many people believe.

The ongoing research, the first large-scale, national study of socially-supported transgender kids in North America, has challenged stereotypes about these children with its first remarkable findings.

“We found that gender cognition in the transgender kids was indistinguishable from their non-transgender peers and siblings,” said lead researcher Dr Nicholas Eaton, Assistant Professor of Psychology at Stony Brook University.

“They appear exactly like their non-transgender peers/siblings, but in the direction of their gender identity, not their sex. For example, in the case of a child who was assigned male sex at birth but now lives life fully as a girl, her responses on all the study’s tasks were indistinguishable from non-transgender girls.”

That runs counter to assumptions that transgender kids are pretending or confused about their gender, or that no child knows what gender even means at that age.

The study indicates, rather, that transgender kids are reporting authentic, deep-rooted gender variance. They really are experiencing a gender identity similar to that of their peers, explained the researchers, they don’t seem to be pretending or confused, and they do seem to have a clear understanding of what that gender identity means.

The study investigated 32 transgender children who are living as their gender identity, 18 of their siblings, and 32 matched-controls (gender-typical children), all aged 5-12. The researchers administered the same set of tasks to all participants.

“Across all these tasks, across the more and the less controllable measures of gender development, our transgender participants look just like other kids, but in the direction of their gender identity rather than their sex assigned at birth,” says Dr. Eaton.

The researchers plan to study these children (and others) at different points over a long period of time. The goal is to better understand the experience of transgender children as they age into adolescence and adulthood, monitoring the challenges they face, as well as sources of their resilience.

The study is being conducted by Dr. Eatona and The TransYouth Project, based at the University of Washington. These results will be published later this month in Psychological Science.