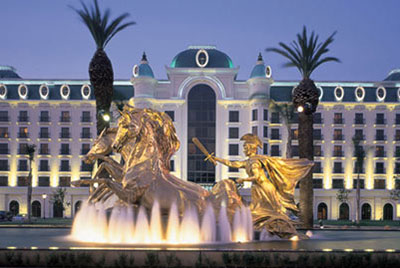 The Mr Gay South Africa finale is set to return to Gauteng this year after last year’s Cape Town outing.

Organisers have announced that the show will take place at the convention centre Centre Court of the Emperors Palace casino resort in Kempton Park on Saturday 28 March.

The event, in which the 2015 titleholder will be crowned, will be produced and directed by renowned producer Jan Malan, of Umzingeli Productions.

The annual pageant, now in its sixth year, aims to get young men from different backgrounds from the ages of 18 to 40 “involved in the process of initiating positive change” and promoting “gender equality, gay rights and unity.”

Managing Director of the pageant, Thinus van der Walt, said in a media statement that the organisers chose not to reveal what prizes the winner will take home until after the closing date for entries.

“This to enable me to see who will enter, despite not knowing the above mentioned information,” he explained.

The winner will compete in the 2015 Mr Gay World competition, which will be co-hosted by Knysna and Cape Town, with the grand finale taking place in the Mother City on Sunday 3 May 2015.

Tickets for the Mr Gay South Africa grand finale will go on sale on 1 February.